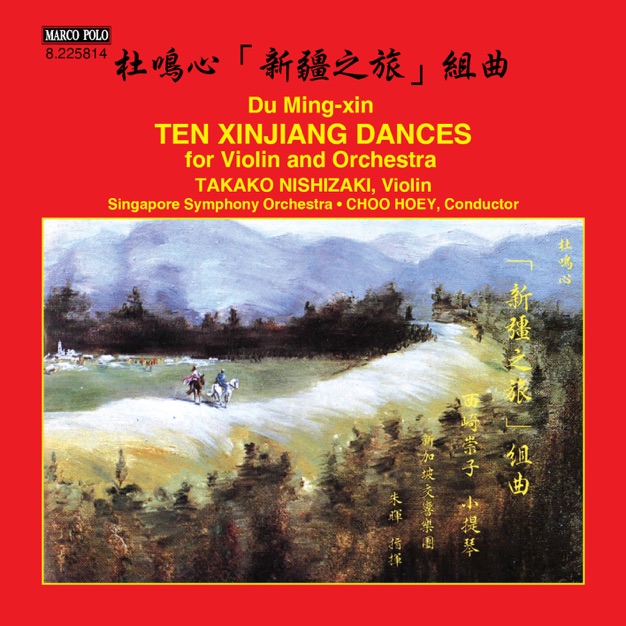 Located on the northwest border, the Xinjiang Uygur Autonomous Region is the largest provincial administrative area of China. On a vast stretch of land of 1.6 million square kilometres resides a population of 13 million made up of 14 nationalities, including the Uygurs, Hans, Kazakhs, Huis, Mongolians, Kirgiz, Sibos, Tajiks, Tartars, Daurs , Manchus, Özbeks, Tibetans and Russians. In ancient times, Xinjiang was known as Xiyu, the West Regions, and was an important channel for China’s cultural and economic exchange with West Asia, Europe and Africa. The famous “silk road” cutting through Xiyu appeared about the fourth century. Based on the inheritance of the ancient Xiyu music and on exchange with the music of Zhongyuan (the central areas of China), India, Persia and Arab countries through the ages, the music of the various Xinjiang nationalities has gradually developed into a rich modern form. Historically, the music of Qiuxi, an ancient Xiyu city-state near the present Kuche, once effected a positive influence on the development of the Zhongyuan music. Today the colourful Xinjiang folk-songs and instrumental pieces enjoy wide popularity among the people of all the nationalities throughout China.

A Xinjiang Musical Tour by Du Mingxin is a suite for violin and orchestra. The suite takes the folk-songs and instrumental music widely popular in Xinjiang as its material and, by retaining the regional characteristics of the originals, the suite has enriched its expressive power by means of variation and development, with the violin finding free scope for displaying its melodiousness and various techniques.