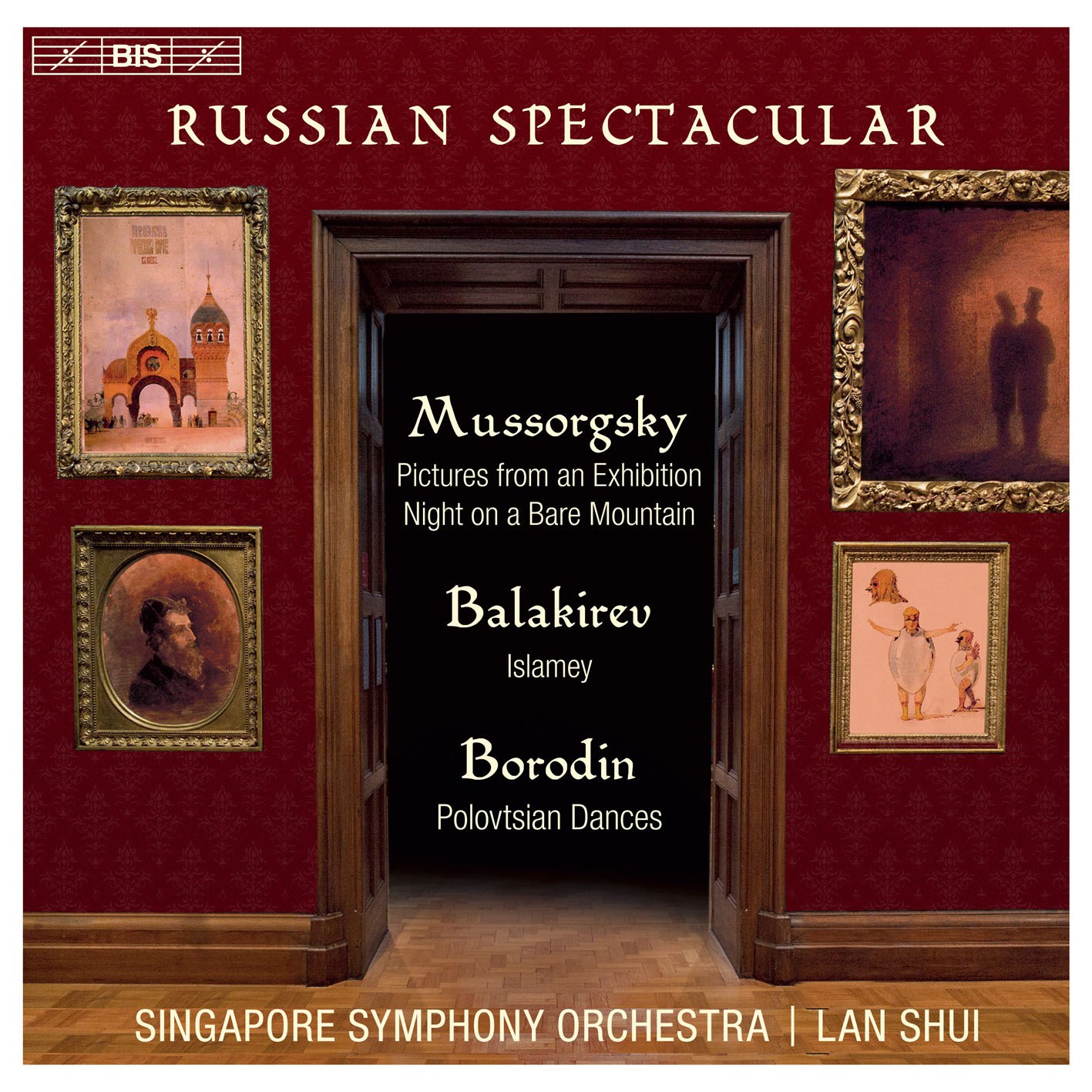 "But Shui and his forces are even finer, in a performance of infectious energy that carefully builds to the final section’s dazzling climax. The engineered sound is again a key ingredient to the success of the performance: the choir is perfectly balanced with the orchestra." / "Indeed, the enthusiastic and brilliance of the performances, heard in a particularly exceptional BIS SACD recording, make this album an easy recommendation." (The Classic Review)

"Lan Shui, his impassioned players and transported singers end the programme with a quite magnificent rendition of the Polovtsian Dances, that elemental, pounding bass drum superbly caught. (Indeed, even the great Solti is left wanting here, the Decca sound now showing its age.) In short, a thrilling, genuinely spectacular sign-off to this programme." (Musicweb International)

This disc of orchestral showpieces features four of the five members of the Mighty Handful, a group of Russian composers who during the second half of the 19th century collaborated to create a distinct national style. The recorded works illustrate different aspects of their endeavours – both in terms of the musical means they employ and their subject matter. Orientalism is one of the typical features of the music of the group, as witness Balakirev’s Islamey – employing material from the Caucasus Mountains – and Borodin’s Polovtsian Dances, describing the revels of a nomadic eastern tribe during a 12th-century raid into the Russian lands.

The most individual of the group was Modest Mussorgsky, with a musical language both powerful and startlingly vivid in imagination. His celebrated Pictures from an Exhibition was composed in 1874 as a tribute to a recently deceased artist friend, and takes in such specifically Russian elements as the fairy-tale witch Baba Yaga and the Great Gate of Kiev. Originally written for the piano it is here performed in the 1922 orchestration by Maurice Ravel. Also by Mussorgsky, the opening Night on a Bare Mountain paints a witch’s Sabbath in bold brushstrokes, and was re-orchestrated by Rimsky-Korsakov after the composer’s death. It is his version, with more sumptuous orchestral textures and a tighter formal plan that is heard here, performed by the Singapore Symphony Orchestra and Lan Shui.