SSOPlayOn! Singapore Composers: From the Archives

Most guitar concertos have been written by composers who are themselves accomplished guitarists. Although I am certainly not an accomplished guitarist, I have long loved the sound of the classical guitar, and have been particularly fond of the Castelnuovo-Tedesco Guitar Concerto No. 1 ever since I took part in a performance of that work as a timpanist many years ago. Writing for guitar and orchestra is fraught with unique difficulties, the main one being the very low sound energy of the solo instrument, and hence its loudness, as compared to a full orchestra. Even with some modest amplification (as will be used for this premiere), the problem of the balance between guitar and orchestra is extremely tricky and requires great care in the scoring, particularly when the solo guitar is playing together with the orchestra. The Guitar Concerto is jointly dedicated to tonight’s soloist Kevin Loh, and his guitar professor at the Yehudi Menuhin School, Richard Wright, who has given me crucial assistance on the technical playability of the solo guitar part.

The Guitar Concerto is in three movements, and is in a tonal and accessible idiom whose thematic material is strongly influenced by the musical cultures of Asia especially those indigenous to Singapore. The first movement is marked Allegro Moderato and is centred on G major, its initial gentle introductory string phrase setting a generally reflective mood for the movement. The guitar then enters with quintuplet figurations and takes up this gentle phrase, leading into the formal appearance of the first subject on the guitar. This is a gently syncopated motif joined to a flowing sequential downward passage accompanied by the strings, which then take up the first subject, followed by the winds. A transition leads to the second subject, whose oriental flavour is vaguely reminiscent of old pre-war Shanghai film tunes, and which is introduced by the clarinet followed by the guitar, with the oboe lending a delicate comment. The development leads to a brief tutti and a section in which the guitar’s quintuplets are counterposed against wind phrases derived from the second subject. A very short cadenza-like passage for the guitar leads to the recapitulation, and the coda is signalled by a fughetta-like entry for the strings on the first subject, which has the last say at the very end.

The canzonetta-like principal theme of the slow movement (centred on D major) in ternary form marked Andante, introduced by solo guitar over accompanying strings, is oriental in flavor and has a long tail of descending sequences, taken up by clarinet and bassoon. The guitar re-enters with four arpeggiated chords and develops the melody further, till the clarinets restate the theme, followed by the guitar. The theme of the middle section is first heard on the guitar, and then restated by oboe punctuated by rapid arpeggios on the guitar. Bassoon and flutes make a comment on this, followed by the guitar, and a brief dialogue between guitar, bassoon and clarinet ensues. The guitar restates the middle section theme and then leads to the restatement of the principal theme, whose long descending sequence on the guitar transitions to another dialogue between guitar, bassoon and clarinet before the movement ends quietly.

The third movement, marked Vivace, is a lively sonata-rondo in triple time (though some liberties have been taken with this form) centred on G major which starts with a tutti chord sending the solo guitar aloft with rising figures punctuated with a five-quaver chord phrase which will be a defining feature of the movement. The formal rondo subject, introduced by the guitar, is an extended melody starting with a triplet-based phrase, whose tail restates the initial triplet phrase, often in rising sequences. The strings pick up the rondo theme, which is then worked on by the guitar aided by the winds, leading to the first episode (which also serves as a second subject). This is a darkly coloured vaguely middle-eastern flavoured theme introduced by the guitar, restated by the horns, and then laced with quaver figurations by the guitar. The rondo theme then returns on the strings, decorated by the guitar, the long tailed rising sequences modulating to the second episode in which tutti chords are counterposed against a repeated five-note motif on the guitar. This second episode has a second theme with rapid descending sequential phrases played by the guitar above syncopated string chords. A transition on the brasses leads to the third appearance of the rondo theme, this time on ‘cellos reinforced by bassoon.

This is short-lived, and a brief dialogue between guitar, bassoon and clarinet brings us to the third episode, which is another dark middle-eastern flavoured melody against a syncopated bassoon accompaniment. A transition section which is almost a short development in itself is based on descending string chords and a repeating quaver figure on clarinet and then guitar, and leads to a climax with guitar pitted against tutti chords. A brief dialogue between oboe and guitar leads to the cadenza, which begins with the guitar playing the tutti/solo passage of the second episode, followed by the rapid descending phrases of the same episode. The reappearance of the five-quaver guitar phrase is the cue for the recapitulation of the rondo theme followed by the second subject, now on the ‘cellos below guitar figurations. The transition/development and climax reappears and the guitar develops the rising figures of the movement’s beginning. The persistent restatements of the five-quaver phrase herald the final formal statement of the rondo theme by the orchestral tutti, leading to the closing bars of the movement in which the five-quaver phrase has the last word.

(Notes by the composer, Bernard TAN)

Watch this on youtube.com/singaporesymphony.

More from Singapore Composers: From the Archives 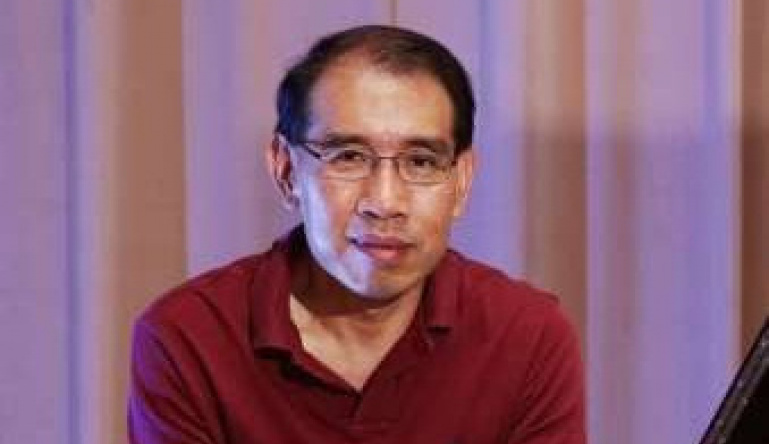 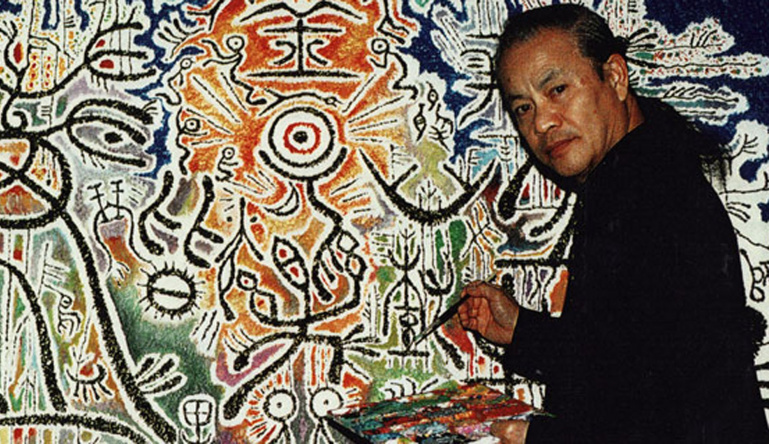